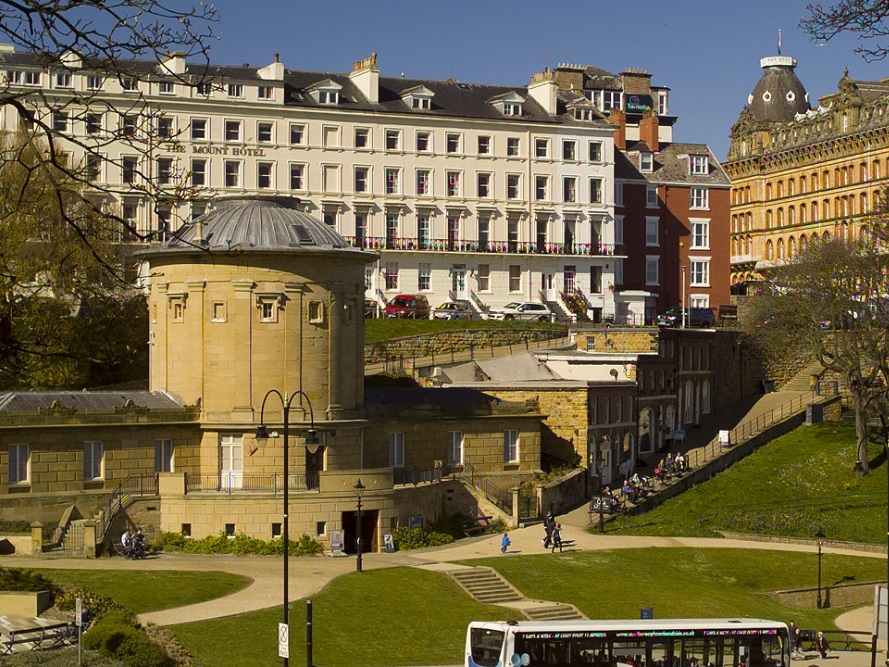 Opened in 1829, this unique circular building is one of the world’s first purpose-built museums. It was designed by William Smith, known as the father of geology. The Rotunda Museum is an exhibit in itself – the interior, with its stunning trompe I’oeil ceiling and fascinating gallery, featuring a frieze showing the geology of the local coastline.

Entrance: from £3.00 (This may be free if you book Anglolang’s Summer Vacation course) 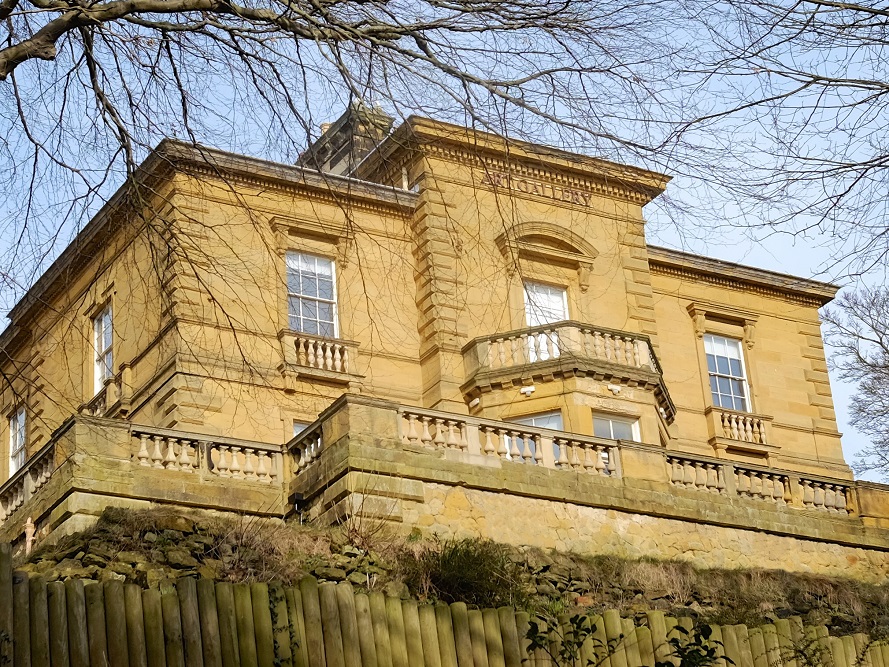 Scarborough Art Gallery was built in the late 1840s and has had a fascinating history. This Italianate villa is one of the finest buildings situated in Scarborough’s beautiful Crescent gardens. The gallery houses a permanent collection which has been built up over sixty years through gifts, bequests and purchases to reflect the eclectic mix of the community and the cultural heritage of Scarborough.

Entrance: £3.00 (This may be free if you book Anglolang’s Summer Vacation course) 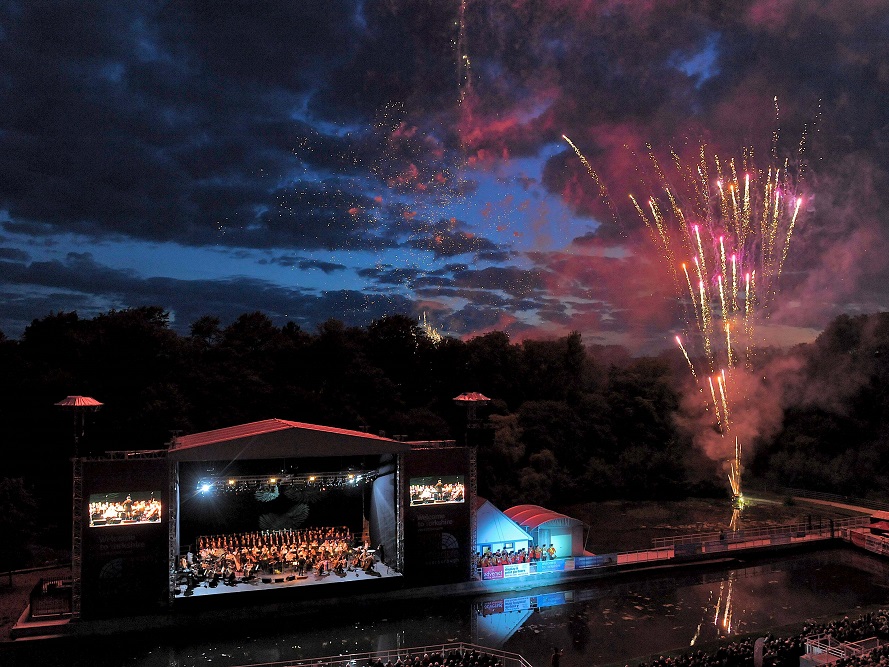 Scarborough’s Open Air Theatre is the largest in Europe. The original was built in the 1930s and opened by The Lord Mayor of London in 1932. Subsequently, the renovated theatre was officially opened by The Queen of the United Kingdom in 2010. The venue stages a mixed entertainment programme including music concerts, opera productions and community events. The giant stage on the lake has seen artists as diverse as Dame Kiri Ti-Kanawa and Elton John to N-Dubz and Leona Lewis & The National Symphony Orchestra. 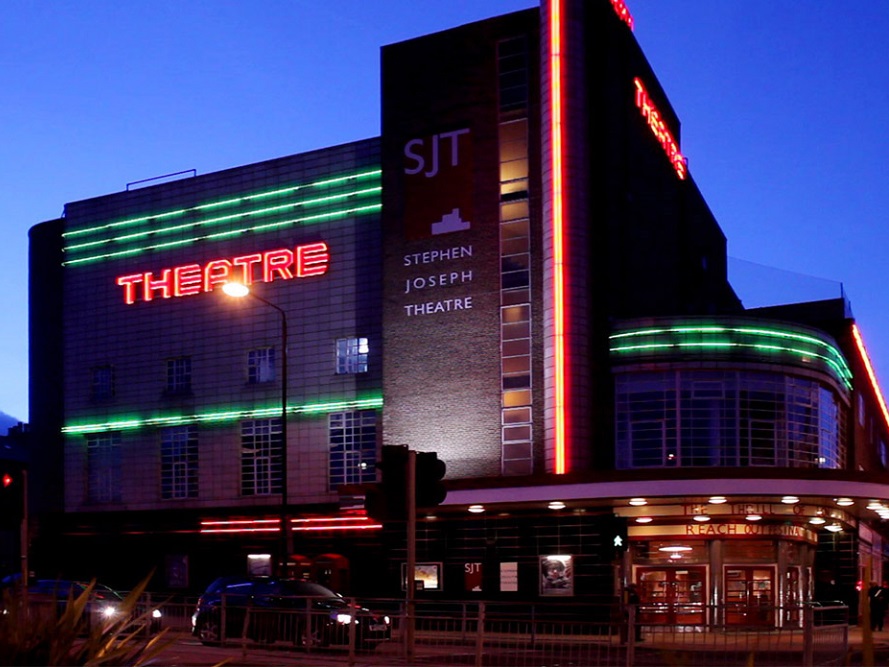 The Stephen Joseph Theatre (SJT) is a cultural icon of the Yorkshire region, providing accessible, high quality theatre for audiences worldwide since 1955. Stephen Joseph Theatre has a 400 seat theatre ‘in the round’, which keeps all of the action close to the audience so that you feel totally involved. The theatre is known for its world premieres of almost all of Alan Ayckbourn’s 75+ plays and its commitment to new writing. It is home to excellent drama, music, films and comedy, as well as the musical adaptations of Artistic Director Chris Monks. 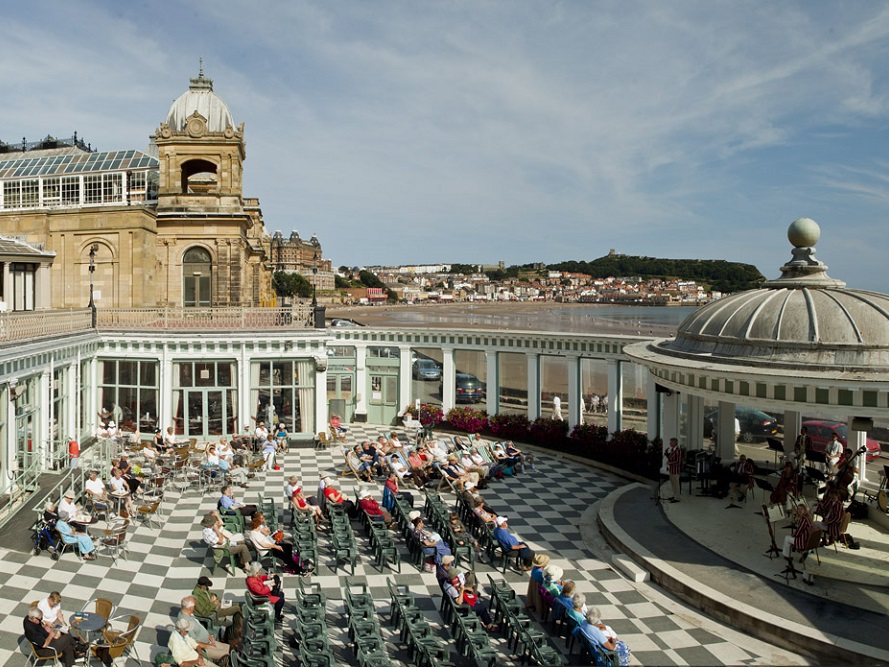 The Spa, known officially as the Scarborough Spa Complex , is located in Scarborough’s South Bay and is a venue for conferences, exhibitions, entertainment and events on the Yorkshire Coast.
The complex includes:
– The Spa Grand Hall which seats nearly 2,000 and hosts live entertainment including the Scarborough Spa Orchestra and an annual Jazz Festival, which is the fifth biggest in Europe
– The Spa Theatre, which is a 600-seat Victorian Theatre and is home to Summer Season Shows and Christmas Pantomimes
– The Spa Ocean Room, used for dances, conferences and other events including the Soundwave Festival
A Victorian Cliff Tramway links the Spa complex with the South Cliff district, 200 feet above the South Bay. 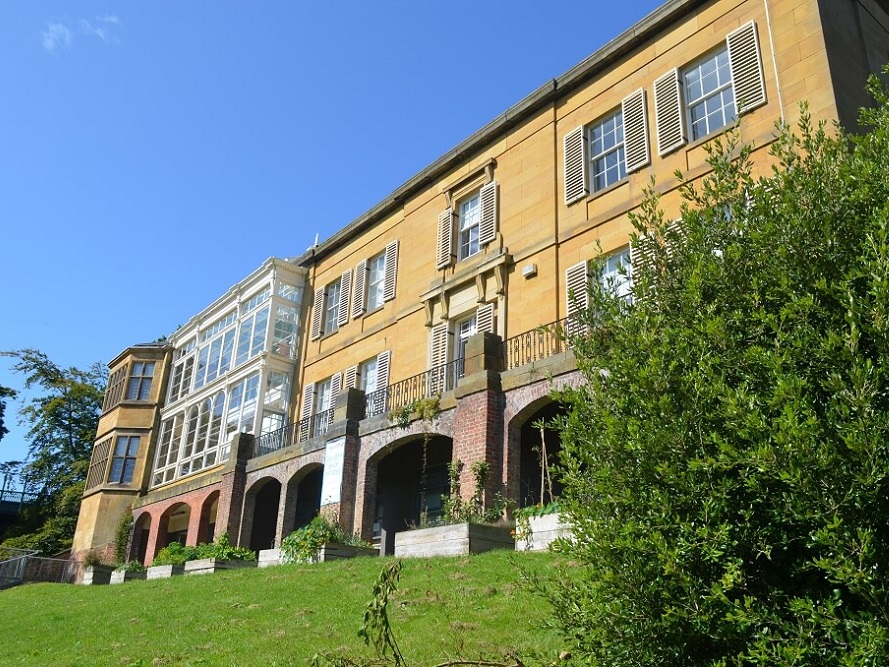 Woodend Art and Craft Gallery, also known as Woodend Creative, is a contemporary venue which shows work by an extensive range of artists and practitioners. The exhibition programme attracts visitors with a passion for art and culture. The space is without doubt one of the most spectacular exhibition spaces in North Yorkshire with a stunning outlook overlooking the valley gardens and sea beyond.